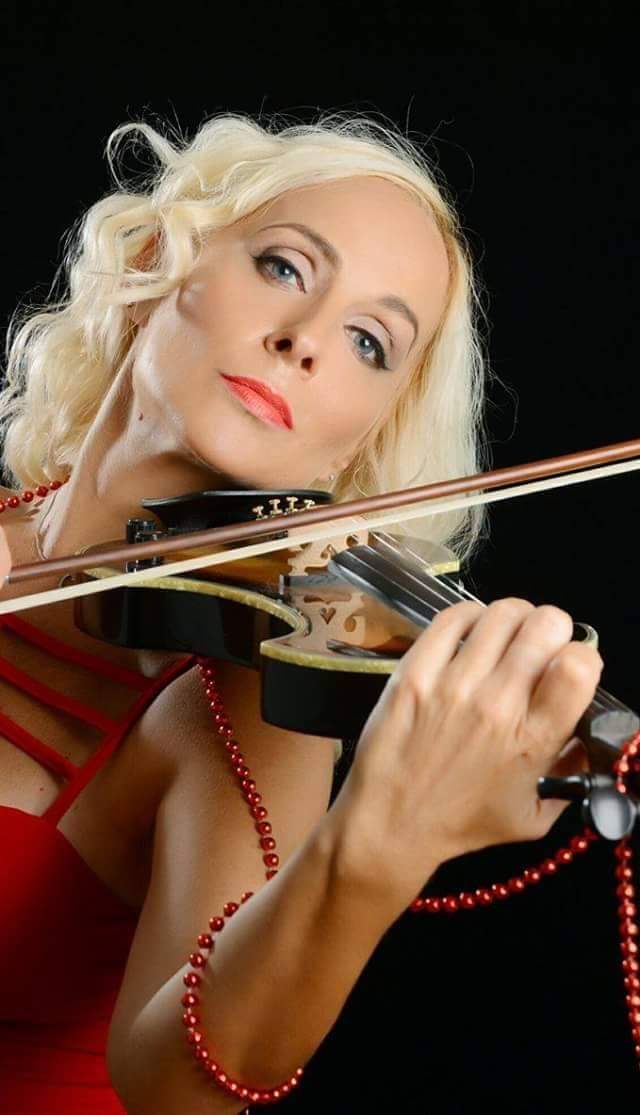 Katarina Ranić Čavić earned elementary and secondary music education in Belgrade. She studied at the Music Academy in Belgrade and at the College of Music and Art and Arts in Hamburg, Germany.

She lectured on music to the Conservatory – Jochanes Brahms in Hamburg.

Since his studies, he has been performing in the former Yugoslavia, Germany and Europe – solo, chamber and symphony orchestras, led by the world’s greatest conductors Kristof Esenbach, Sergius Celibidiki, Leonid Bernstein – the most popular tour of London (Roial Albert hall) Moscow – park Maksim Gorki, Sal and Carnegie Hall – New York and South Korea. During his stay in Germany, he was in the place of the 1.voline in Hamburger Simphoniker, hired at the Philharmonisches Orchestra, and collaborated with Hamburg Strings and Mozart Orchester.

With James Last, he participated in studio snippets, then touring Germany, the Netherlands, Belgium and Luxembourg.

In Belgrade, he collaborates with the Belgrade Philharmonic (US Tour, Chicago, Cleveland, New York).

Even during the study days and cooperation with Leonid Bernstein on music seminars, she gave birth to the idea of ​​a personal music stamp and style, less formal, in the rhythm of today and adapted to the fast pace of modern man’s life, just as David Garrett, Vanessa-Mae, Nigel Kennedy, Il Divo, DJ Guetta and DJ Tiesto.

Thus, Katarina designed Dynamics, and already in 2012 she was in ovations in front of the crowded Strauss Hall in Kursalon.

Katarina brought a fresh, cheerful and pleasant musical performance in Serbia in a direct and dynamic way in the form of musical processing from classics to date.

With a lot of love and dedication to music, Katarina is also involved in pedagogical work, and with that “Dinamika music” will soon open a contemporary music academy, where music tradition will be preserved and nurtured in a way that corresponds to the time in which we live.