A glamorous party at the White Palace – Hello! Magazine Celebrated 10 years of existence in Serbia!

Last night a celebration took place at the Royal White Palace on the occasion of the 10th anniversary of Hello! in Serbia, attended by over 700 guests from the world of art, sports, diplomacy, business and a large number of celebrities. 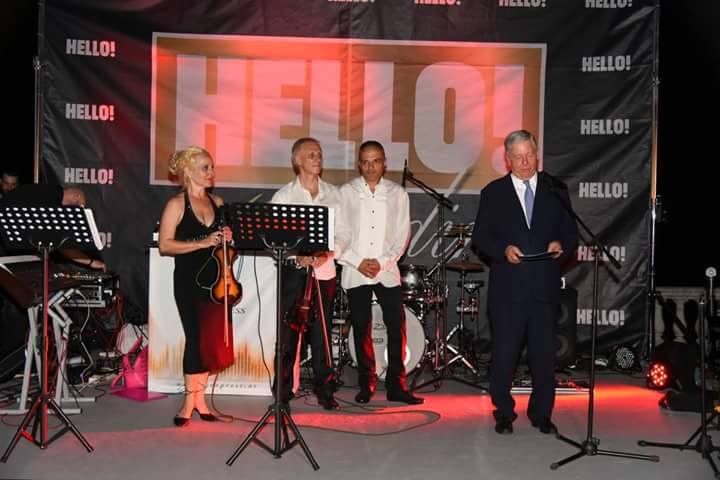 While the officials were posing for photographers and giving statements to the media in spectacular restrooms on the red carpet, the audience enjoyed the music of the electric string quartet “Dinamika Music”.

After that the present guests were greeted by HRH Aleksandar II Karađorđević and editor of the magazine Nikola Golubović, and the chairman of the Color Press Group, Robert Čoban, spoke about the past 10 years of the Hello! magazine in Serbia:

“For exactly 10 years in this same place, at the White Palace, we celebrated the release of the first edition of the Serbian edition of the Hello! magazine. Then, in the summer of 2007, it seemed that the world was going upwards and nothing would disturb it, the circulations grew, marketing budgets also went ahead. The year and two months later, the world economic crisis started and ‘Hello!’, which came into the market after the magazines ‘Gloria’ and ‘Story’ had a very difficult task, in the midst of the biggest crisis since 1929, to find a place in the market! Our company was forced to lay off 20% of employees, ‘Hello!’ is today, ten years later, in the same publishing house with ‘Gloria’ and ‘Story’ but they are still a competition, and every one of them fights for their exclusive readers!”

And in global terms everything started in 1944 in Spain when Antonio Sánchez and Mercedes Calderón launched the magazine Hola! In Europe, a war was raging, in Spain, Franco’s dictatorship was launched, and in Barcelona a magazine that would become the most widely read magazine on the planet for decades was launched. In 1988, it was launched as the British ‘Hello!’, Later on the other editions were launched, and today there are over 20 of them all over the world and we are proud to be part of that family. Mercedes Calderón is 96 years old now and every Monday she is reviewing the fashion pages of the Spanish magazine ‘Hola!’.

‘Hello!’ Is of course a magazine about famous people, but for all these years, we have not only shared our attention with celebrities and rich people. We deeply believe that it is the obligation of all of us who have been lucky enough to engage in beautiful occupations and lucky enough to go to places like the White Palace, to take care of those people who did not have that happiness! That is why we were among the first to help migrants in the centres in Bogovađa and Banja Koviljača, homeless people and our elders in Futog and Novi Sad and children with special needs in Veternik… 10 days ago at the Casablanca Party we invited you to support UNICEF, today we invite you to Support the Princess Catherine Foundation…